Have you ever imagined what the jobs of the future would look like if our work was led by intelligent machines? Throughout history, and especially in these last decades, humans have been dreaming of the possibility of creating perfect artificial intelligence, capable of taking on a myriad of tasks that could transform the world as we know it today.

What is artificial intelligence?

Artificial intelligence is any reasoning ability, behavior development and/or activity carried out in an intelligent way by a being that is not alive. This can happen via design and development of specific processes carried out by people, such as the creation of a new robot. This type of intelligence is designed to act as if it were a person, imitating the characteristic capacities of the human mind. In this way, this new technology would be able to identify the incidents that happen around it to process this information and to be able to reach conclusions that are totally functional.

What kind of artificial intelligence are there?

On the other hand, there is the artificial intelligence that follows a human pattern of behavior, that is, it imitates human behavior in a rational way through analysis of the environment and the detection of incidents to act to resolve them.

AI in the business world

In addition, the percentage of European companies that would be prepared to implement AI immediately with the appropriate scientific data equipment would still be very low. This fact is related to the belief that the implementation of AI in the future will mean the loss of jobs, although this is not true. We should not fear the development of new technologies as there will be many benefits that it could bring to us in the not too distant future. Moreover, the main objective of AI is not to replace man physically in certain jobs but to facilitate and reduce the time dedicated to the most tedious and routine tasks by human beings, so that they can focus on more valuable jobs.

The arrival of artificial intelligence in the world of work will also bring with it the creation of new job opportunitiesrelated to categories linked to the new technologies, such as robotics, programming or communication between machines. In addition, there is a series of skills characteristic of human beings that no machine will be able to replace, such as creativity or an optimum capacity for communication. Thus, the solution is to start integrating AI in small doses in the different departments of each company in order to train and incorporate new employees with high technological management skills who can effectively develop the new projects of the future. 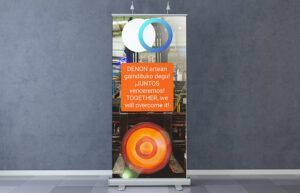 Carrying on at work!
In these difficult times for everyone, at #ULMA our aim is to continue satisfying our customers’ needs. Leer más

The development of forging throughout history
At ULMA Advanced Forged Solutions, the forging process forms a large part of our raison d’être in the industry of Leer más

ULMA Advanced Forged Solutions has more than 10 Area Managers around the world to offer excellent, direct, personalized service. Being a trusted and reliable partner for our customers is our priority.

Any cookies that may not be particularly necessary for the website to function and is used specifically to collect user personal data via analytics, ads, other embedded contents are termed as non-necessary cookies. It is mandatory to procure user consent prior to running these cookies on your website.