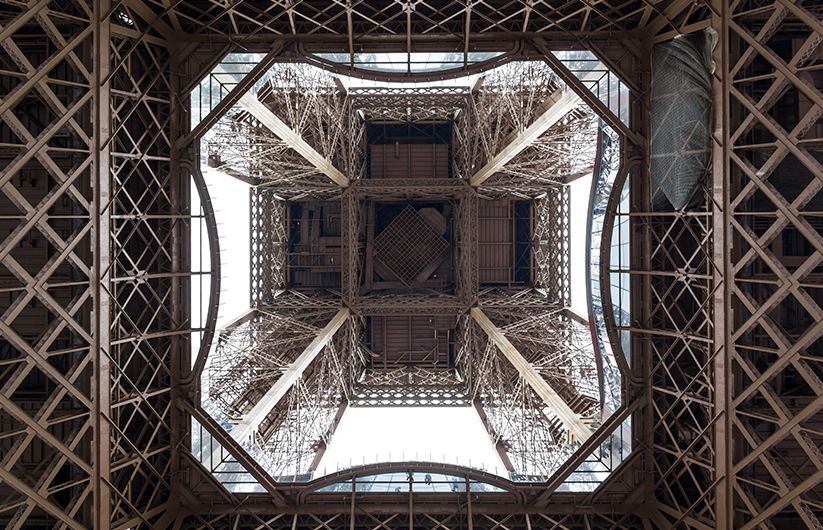 Our daily life is surrounded by steel. There is steel in our cars, in the roads, in the railways, in buildings… It is fundamental in human activity, because no other material has its durability, plasticity and versatility. Its incredible qualities give rise to curiosities that are just as surprising as its malleability or even more so. Did you know that a kilogram of steel costs approximately the same as a loaf of bread? That every minute 700 tons of steel are recycled in the world? And that more than 90% of the water used to manufacture a ton of steel is also recyclable? These are just some of the many curiosities of this incredible alloy.

We all know the Eiffel Tower; the most emblematic example of metal architecture in the 19th century. But perhaps you don’t know the multitude of peculiarities that surround it. Its author, Gustave Eiffel, was an engineer who was an expert in the construction of bridges and railway stations and designed it for the Universal Exhibition in Paris in 1888, like most of the significant buildings of this architectural movement that emerged with the Industrial Revolution.

The tower was built entirely of puddle iron, a material that was approaching the composition of steel, as it could be hot-rolled. If it were built today using new steel technologies, it would be three to four times lighter. It is 321 metreshigh, making it the tallest building in the world until it was surpassed by the Empire State Building in New York in1931. Even so, it is still the tallest structure in Paris, and the fifth tallest in France.

Its weight is 7,300 tons; but it currently exceeds 10,000 tons due to the museum, shops and restaurants it now houses. In addition, in the summer it grows due to the thermal expansion of the metal: it becomes about 18 centimeters higher, and it can lean up to seven centimeters in the wind.

Every five years it is painted with 60 tons of paint to prevent material corrosion. That is why it has had several colors, such as yellow, red (its original color), gray and grayish brown. Since 1968 the color ‘Eiffel Tower Brown’ has been the choice in order to blend in with the Parisian landscape. It is graduated into three shades, from the darkest below to the lightest above, to visually play with the vanishing point.

Steel in the automotive world

The auto industry also offers us curious – and beneficial – data regarding steel, since it is the main material used in manufacturing cars. Thanks to the progress made in steel-coated sheets, car bodies have a 12-year guarantee against corrosion. The data can be overwhelming: car recycling in the United States alone generates enough steel to build 13 million new cars. Meanwhile, most manufacturers today still use steel over aluminum or any other material to build the vehicles of the future: the electric car.

Steel in our daily lives

A multitude of curious facts about steel fill our daily lives: steel is a material that is on the rise in fashion jewelry, our bags and backpacks can be made partly from steel wire, and cans of our favourite drink are getting progressively thinner: in 1975 they were 0.33 mm thick. In 2000, 0.23 mm. All our cans and food containers are made of steel, because it is odourless and does not corrode.

Approximately 60% of steel products are recycled at the end of their life. So maybe the can you’re drinking right now was once part of your car body, your bedroom radiator, your kitchen cutlery or the mobile phone you’re reading from right now.

Back in 2005, ULMA Forja undertook an ambitious investment plan to fulfill on the goals set forth in…

Like all large companies, we must invest, innovate and improve over time. Therefore, today we introd…

What is SCADA and how does it apply to heat treatment? SCADA stands for Supervisory Control And Data…

This website uses cookies to improve your experience while browsing the website. Outside of these cookies, the cookies that are classified as necessary are stored in your browser, as they are essential for the functioning of the basic functionalities of the website. We also use third-party cookies that help us analyze and understand how you use this website. These cookies will be stored in your browser only with your consent. You also have the option to opt out of receiving these cookies. But opting out of some of these cookies may affect your browsing experience.
Necessary Always Enabled
Necessary cookies are absolutely essential for the website to function properly. This category only includes cookies that ensures basic functionalities and security features of the website. These cookies do not store any personal information.
Non necessary
Any cookies that may not be particularly necessary for the website to function and is used specifically to collect user personal data via analytics, ads, other embedded contents are termed as non-necessary cookies. It is mandatory to procure user consent prior to running these cookies on your website.
Analytics
Analytical cookies are used to understand how visitors interact with the website. These cookies help provide information on metrics the number of visitors, bounce rate, traffic source, etc.
Save & Accept