COVID-19 in the new economy

At the beginning of this year (2020), a health emergency occurred in China that was of international concern: the outbreak of coronavirus 2019-nCoV. Confoundingly, it quickly reached the large European population centers: COVID-19, which we are now more than familiar with.

Of course, the impact caused by this disease was not the same in all countries in epidemiological or in economic terms. What is certain is that, in addition to taking the lives of many, the SARS-CoV-2 pandemic has dealt a severe blow to the economy of the entire world. Although we are already seeing some of its consequences, experts say the consequences will be more serious in the long term.

This is how COVID-19 has affected the economy

During the last few decades, tourism has been very important in the Spanish economy: recently, it made up 14.6% of Spanish Gross Domestic Product (GDP). Spain is followed by other European countries such as Croatia, Cyprus, Malta and Portugal, which also depend on tourism. However, in the case of other major powers such as France, Switzerland or Germany, the percentage is smaller.

The data announced by Eurostat, the central source of official statistics in the European Union, have confirmed the collapse of the Spanish economy in the second quarter of this year, which contracted by18.5%, nearly seven points more than the 11.7% drop in Europe as a whole. The same report indicates that these are the worst numbers since 1995, when these data began to be collected.

Countries with a tourism-dependent economy have experienced sharp declines. On the one hand, this was because the virus containment measures announced by governments, such as quarantine, restricted movements and forced the closure of hotel businesses. On the other hand, there was the fear factor: despite the fact that during the summer season travel to other countries had already been opened up, many people opted for domestic trips, or even for skipping vacation travel altogether and staying at home.

All this has had serious consequences for the economy of many countries and has served to point out the need to make a U-turn to support industries that have a future at least in the medium term and which are not fully developed in countries like Spain: renewable energy, fossil-fuel-free transportation, information technologies such as 5G, expert systems and sustainable food are just a few of these.

Challenges and opportunities in the new post-COVID-19 era

With digitalization and technological advances, international markets are increasingly connected, allowing the purchase of any product in almost any part of the world. Many companies have deftly taken advantage of this circumstance, digitizing and innovating with technology.

In a case like Spain’s, the GDP in technological Research and Development should be increased so as not to distance us so much from countries like Japan, which allocates 4.21% for this purpose, and is where some of the world’s largest companies are located. But not all the news is negative — something positive is also coming out of this situation. For example, on 21 July, European Union leaders reached an agreement to undertake an economic recovery by building a more sustainable and modern Europe. In addition, industrial production has increased in recent months.

The impact of technologies on the labor market
Digital technologies have a strong impact on the workplace, causing a demand for professionals who Leer más 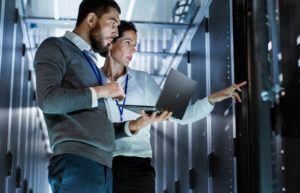 The human resources of the future: trends
The technological revolution that we are witnessing in this century is bringing about changes in Leer más

Dual grades: With just one ULMA standard, we cover more than one client quality need
12 years ago, ULMA Advanced Forged Solutions began the latest stage of its journey by Leer más

ULMA Advanced Forged Solutions has more than 10 Area Managers around the world to offer excellent, direct, personalized service. Being a trusted and reliable partner for our customers is our priority.

Analytical cookies are used to understand how visitors interact with the website. These cookies help provide information on metrics the number of visitors, bounce rate, traffic source, etc.

Any cookies that may not be particularly necessary for the website to function and is used specifically to collect user personal data via analytics, ads, other embedded contents are termed as non-necessary cookies. It is mandatory to procure user consent prior to running these cookies on your website.